What are the 8 limbs of Yoga/Ashtanga yoga?

Maharishi Patanjali advocated the eight limbs of Yoga, which is also known as Ashtanga Yoga in his Yoga Sutra. The Yoga Sutra of Patanjali is divided into four chapters or pada. The first chapter deals with Samadhi, the second with the Sadhana to achieve Yoga, the third enumerates the power (Vibhuti), and the fourth deals with absolution (Kaivalya). Ashtanga Yoga of Patanjali has the power to eliminate impurities, enhancement of knowledge and wisdom. The eight limbs of yoga-Ashtanga yoga are:

The eight limbs of yoga are described in the second chapter. The first of these is Yama (ethical disciplines), which is further divided into five components. These five aspects of Yama are the rules of morality for society and the individual, which if not obeyed bring chaos, violence, untruth, stealing, dissipation, and covetousness. The five commandants of Yama are:

Niyama is the rules of conduct that apply to individual discipline. The five niyama enumerated by Patanjali are:

Asana is the third component of the eight limbs of Yoga mentioned in the Patanjala Yoga Sutra. It brings steadiness, lightness, and health of body and mind.

Pratyahara is the fifth component of the eight limbs of Yoga mentioned in the Patanjala Yoga Sutra. It brings control over the senses by withdrawing them from their respective objects.

Dharana is the sixth component of Ashtanga Yoga outlined in the Patanjala Yoga Sutra.

Dhyana is the seventh step of Ashtanga Yoga mentioned in Patanjala Yoga Sutra.

Samadhi is the end of a practitioner’s quest. His body and senses are still seemed to be asleep. However, his faculties of the mind are alert and the person in this state is fully conscious and alert. It is the eighth component of Ashtanga Yoga outlined in the Patanjala Yoga Sutra. 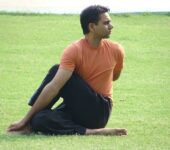 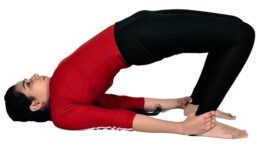